Yasser Desai performing in front of thousands at  #BollywoodMonster Mashup 2019 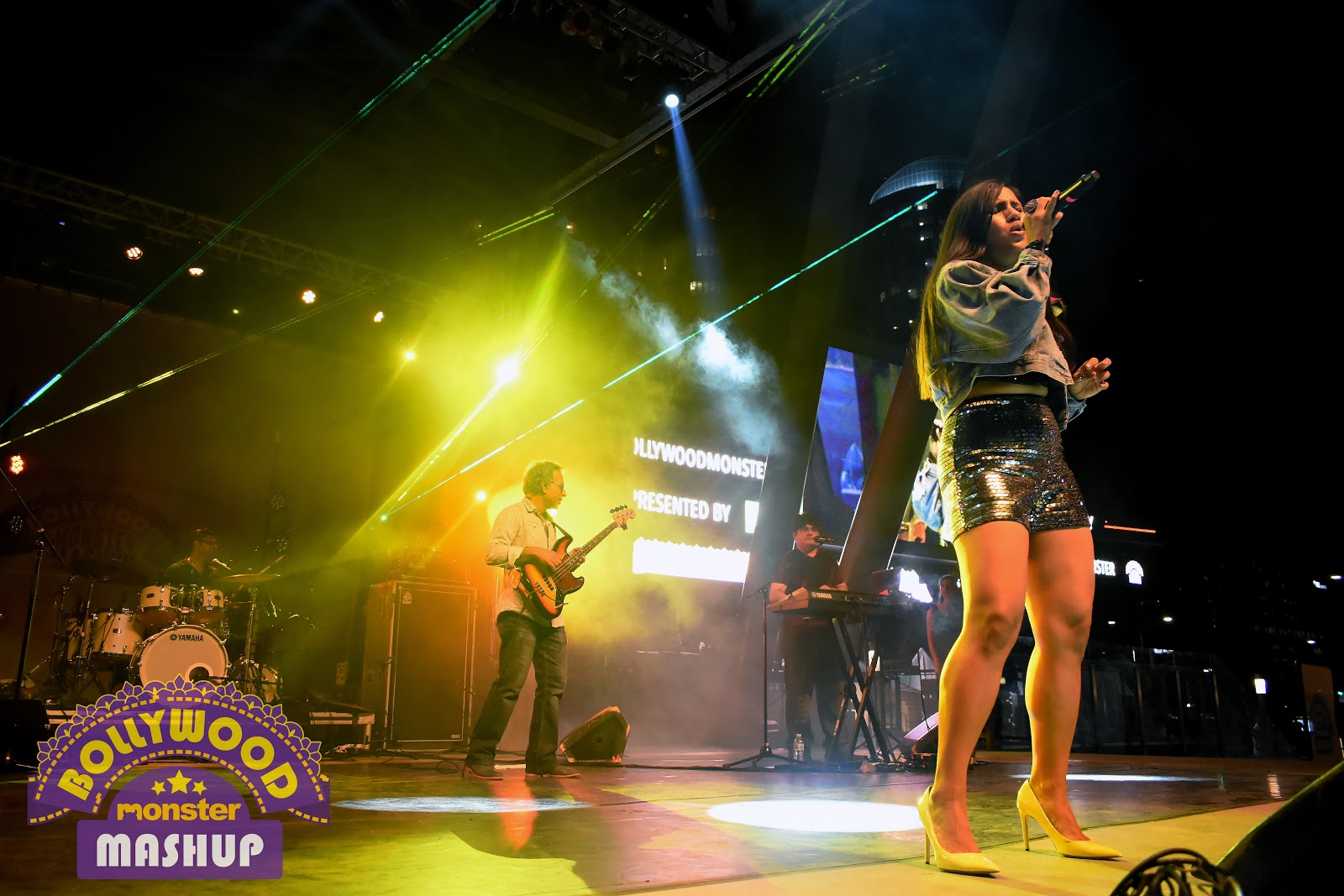 On Friday, July 19 at the #BollywoodMonster Concert, Nikhita Gandhi took the stage for the first time in Canada and kicked off the concert by performing her two hit songs “Qaafirana” and “Raabta”. She captivated the audience with her incredible vocals and by incorporating timeless Bollywood classics into her performance that had the audience dancing till the very end. On Saturday, July 20 at the #BollywoodMonster Concert, Yasser Desai began by serenading the audience with his melodious hit “Naino De Baandhi” and had a massive crowd singing along during his renditions of “Buleya” and “Ban Ja Rani”. By the end of both nights, Desai and Gandhi had the audience mesmerized with their musical prowess & exhilarating performances and had them dancing non-stop at the Celebration Square. 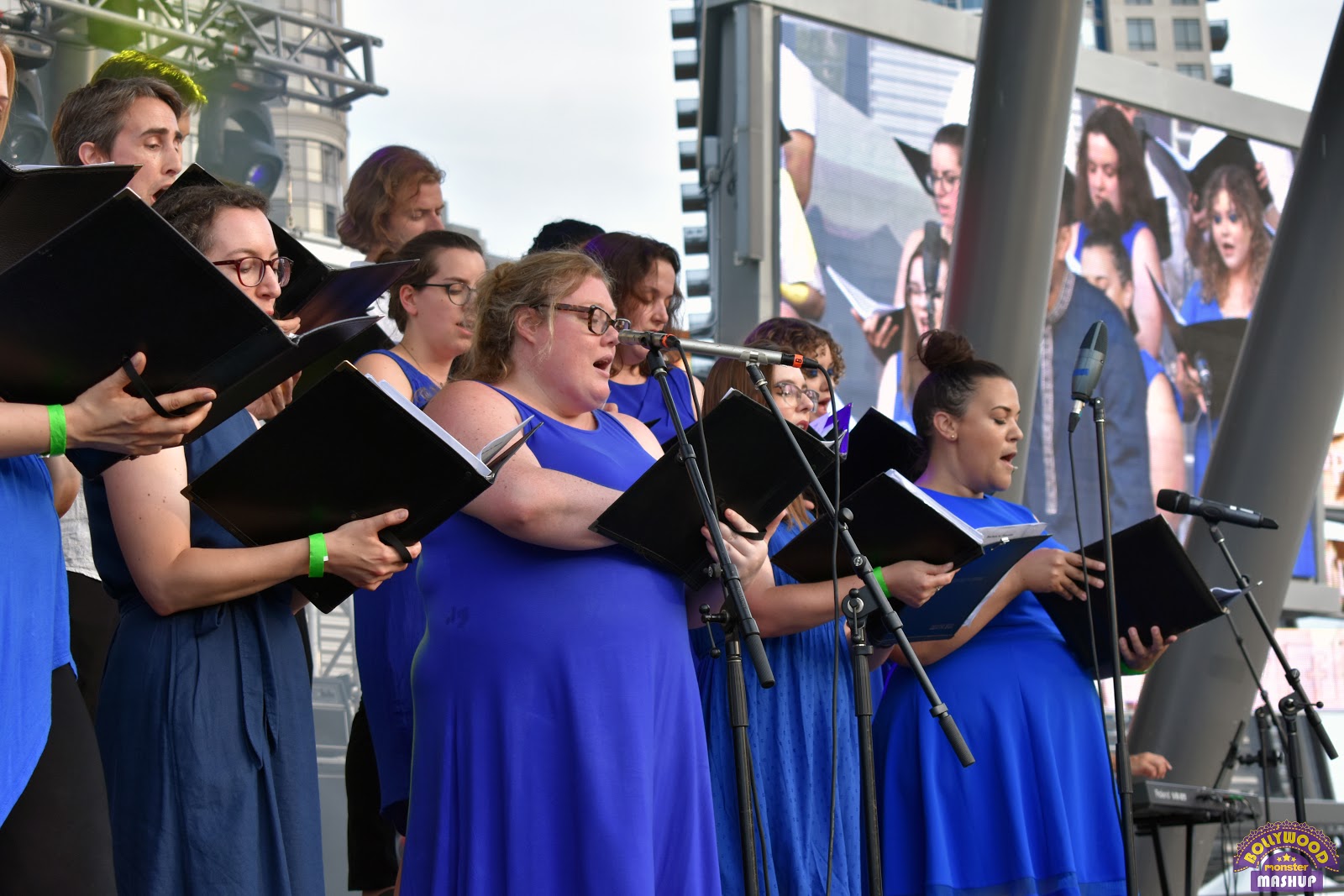 Attendees of this year were surrounded by a fusion of singers and songs, including the #BollywoodMonster Orchestra who returned to the BMM stage for their ninth consecutive year and played a mix of Bollywood songs ranging from old school classics to today’s top hits. In addition, there were some thrilling performances delivered by Parichay, Shiamak Show Kids, The Band Destiny, Ankita Music and more that had the audience on their feet the entire show. 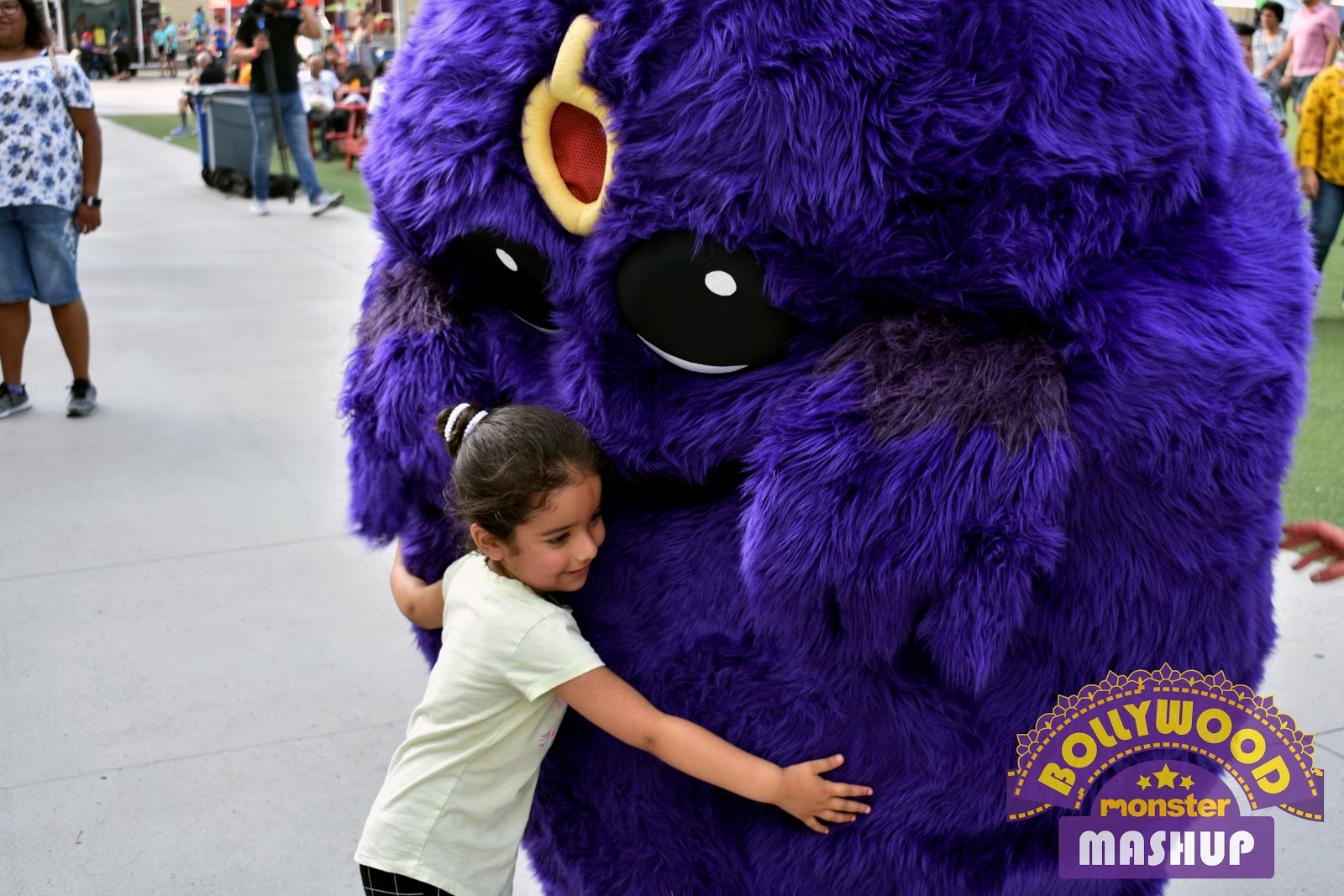 Bolly the mascot spreads some love at #BollywoodMonster Mashup 2019

Other festivities included dance workshops by Shiamak Toronto and Ria Aikat who taught the audience some fun Bollywood moves. Also on site was the KidZone that had families & children enjoy a wide variety of free activities such as kite-making, puppetry, engaging games, arts & crafts, aerial yoga and much more.

“We couldn’t be more thrilled about how massive the turn out was for our ninth year of #BollywoodMonster Mashup. We had an incredible line up that literally had our audience wanting more and just witnessing that type of energy is really what makes this so rewarding,” says Artistic Director of MonstrARTity, Vikas Kohli. “As always, we’re grateful to all the sponsors, funders, artists, vendors, community collaborators, media partners and all the volunteers who contributed their efforts to making #BollywoodMonster Mashup the largest South Asian festival in Canada for nine years straight. We can’t wait to celebrate with everyone again next year for our big 10th year anniversary!”

Check out some more photos from the festival: 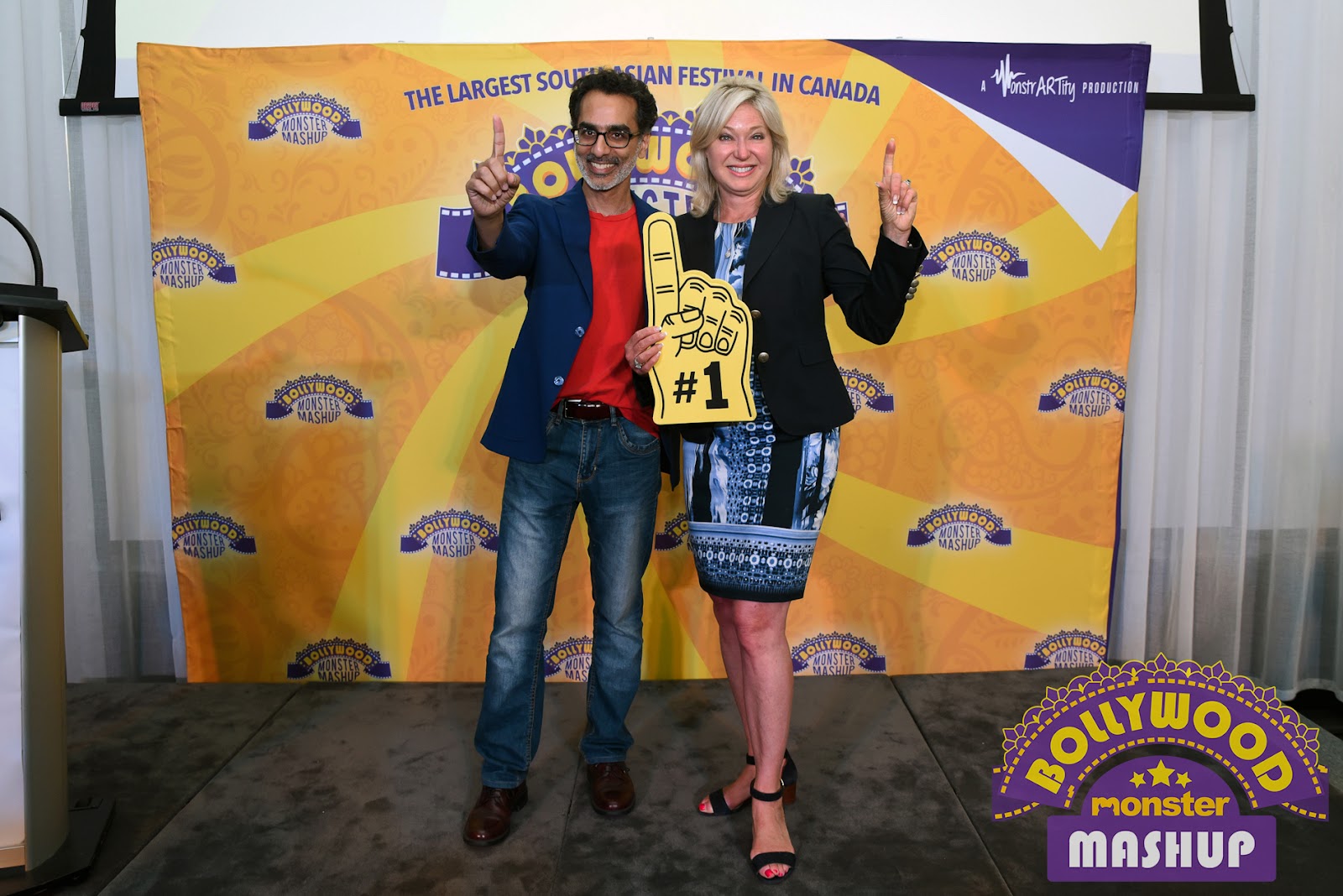 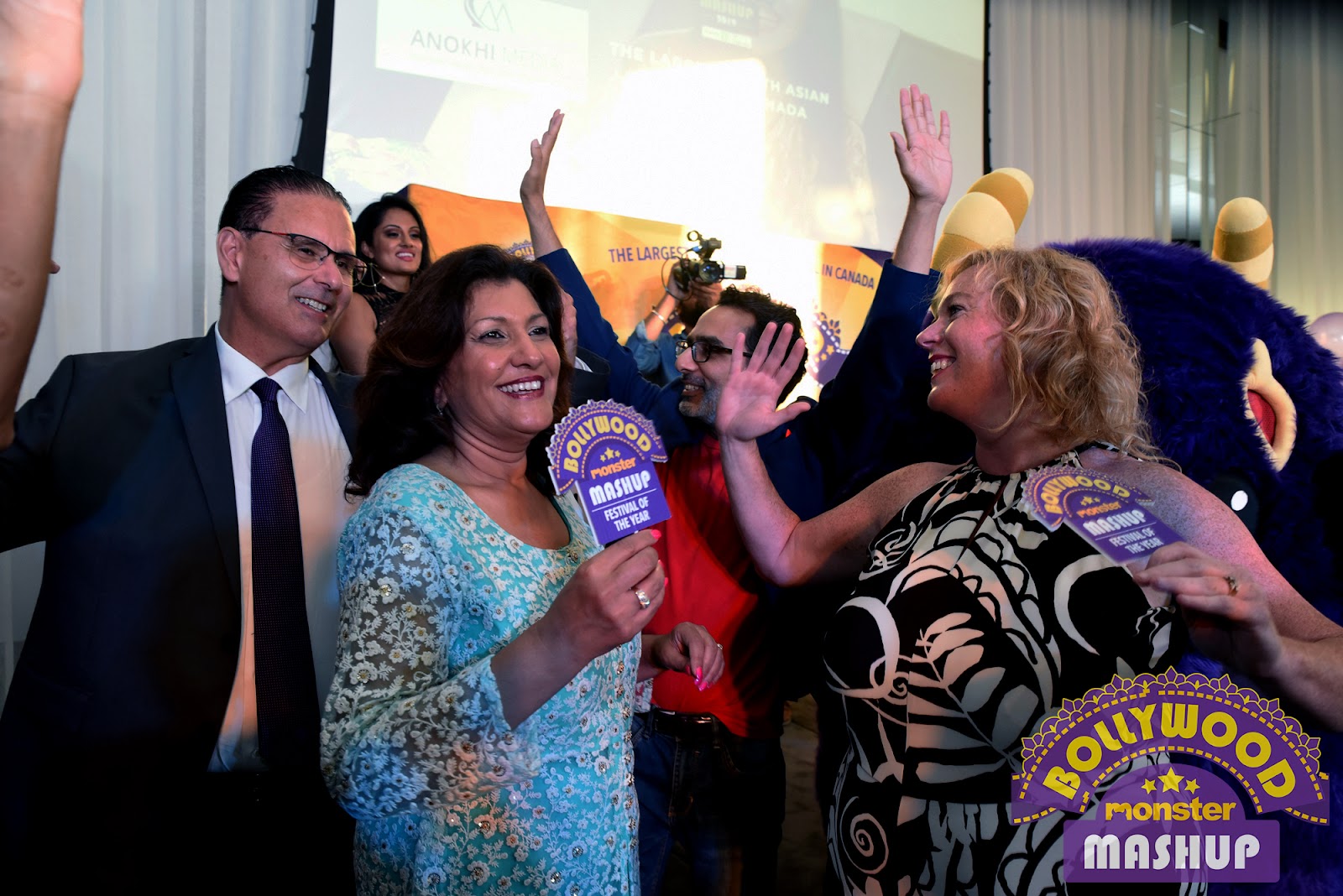 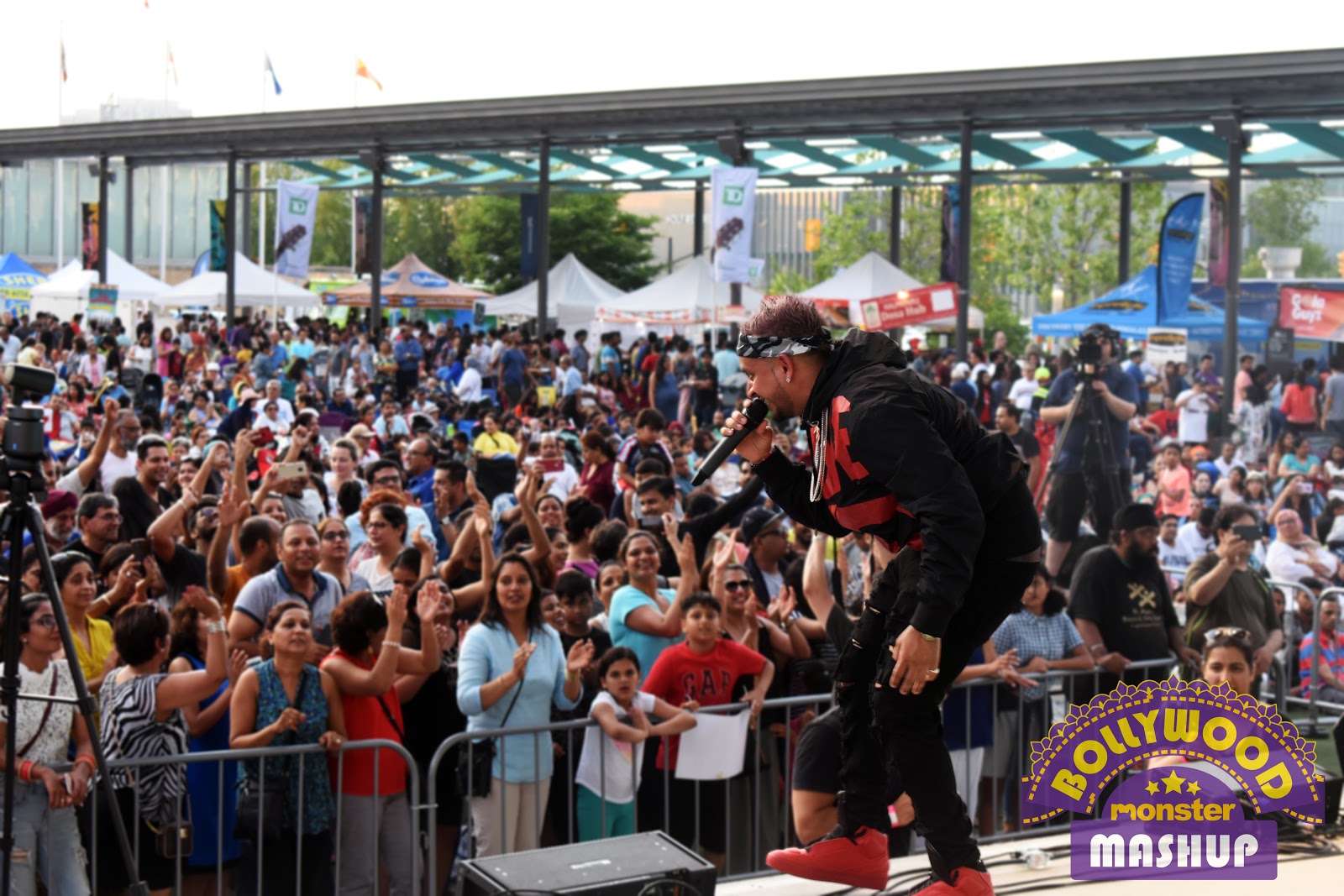 Parichay rocks the crowd while performing at #BollywoodMonster Mashup 2019 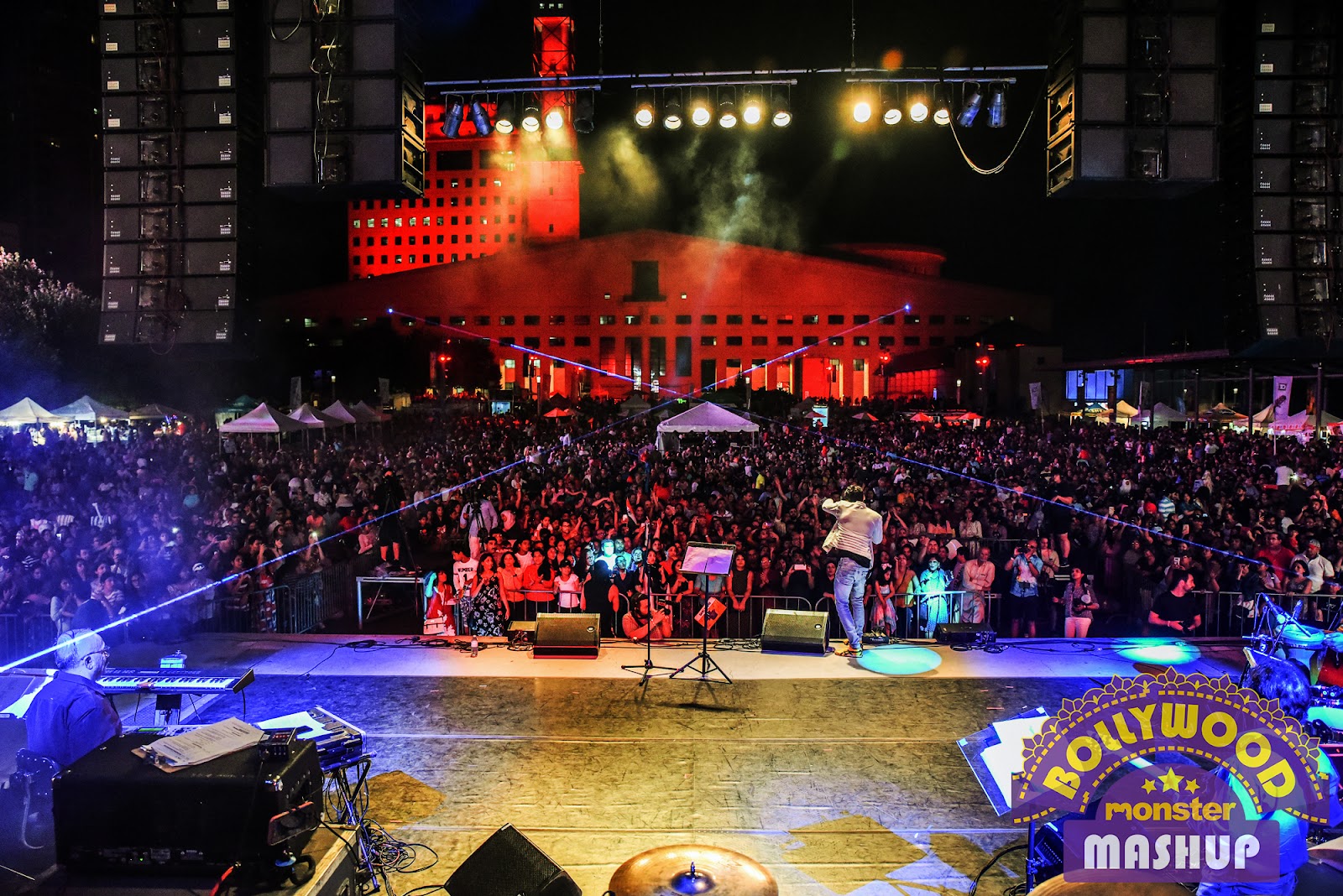 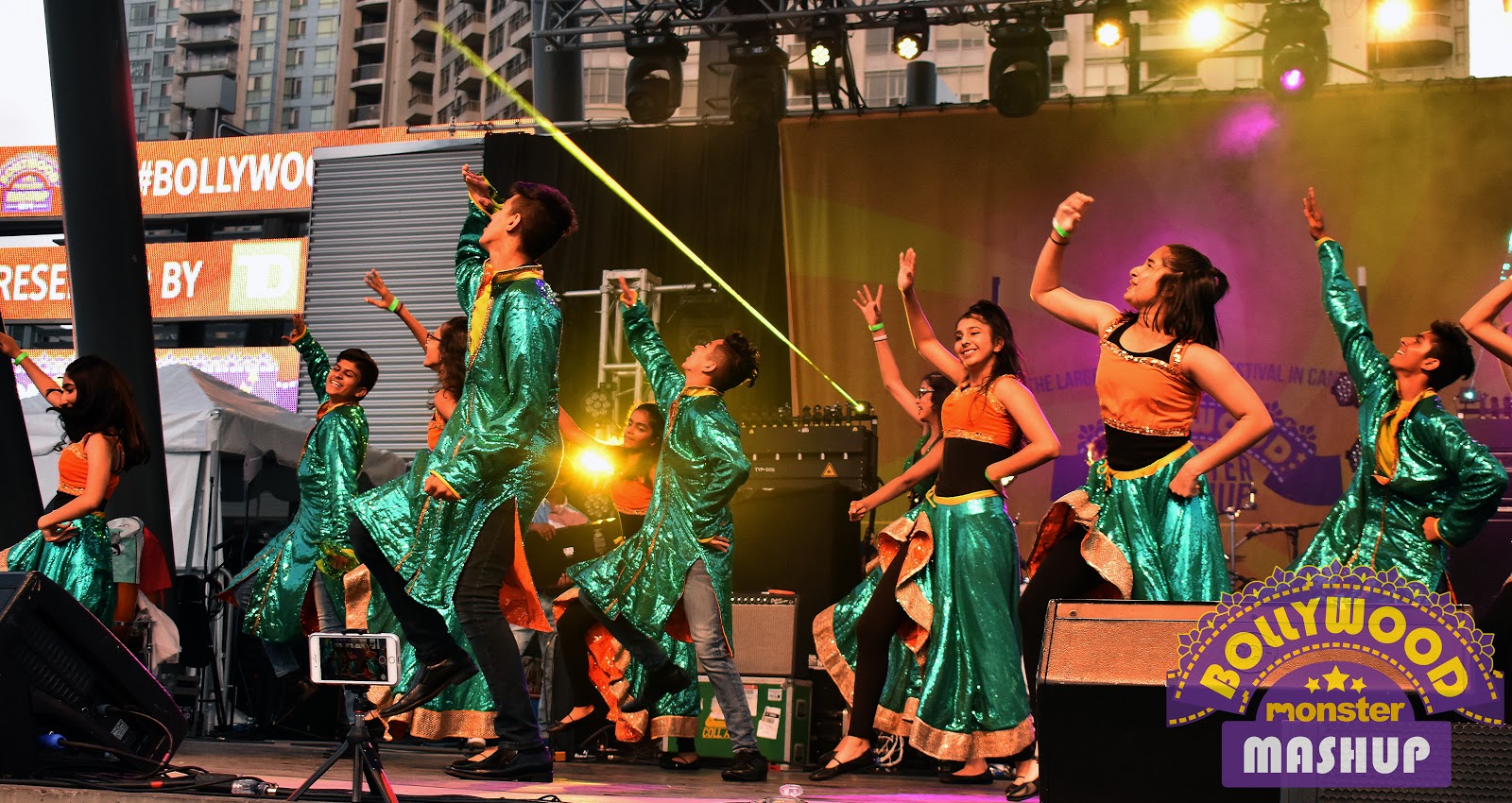 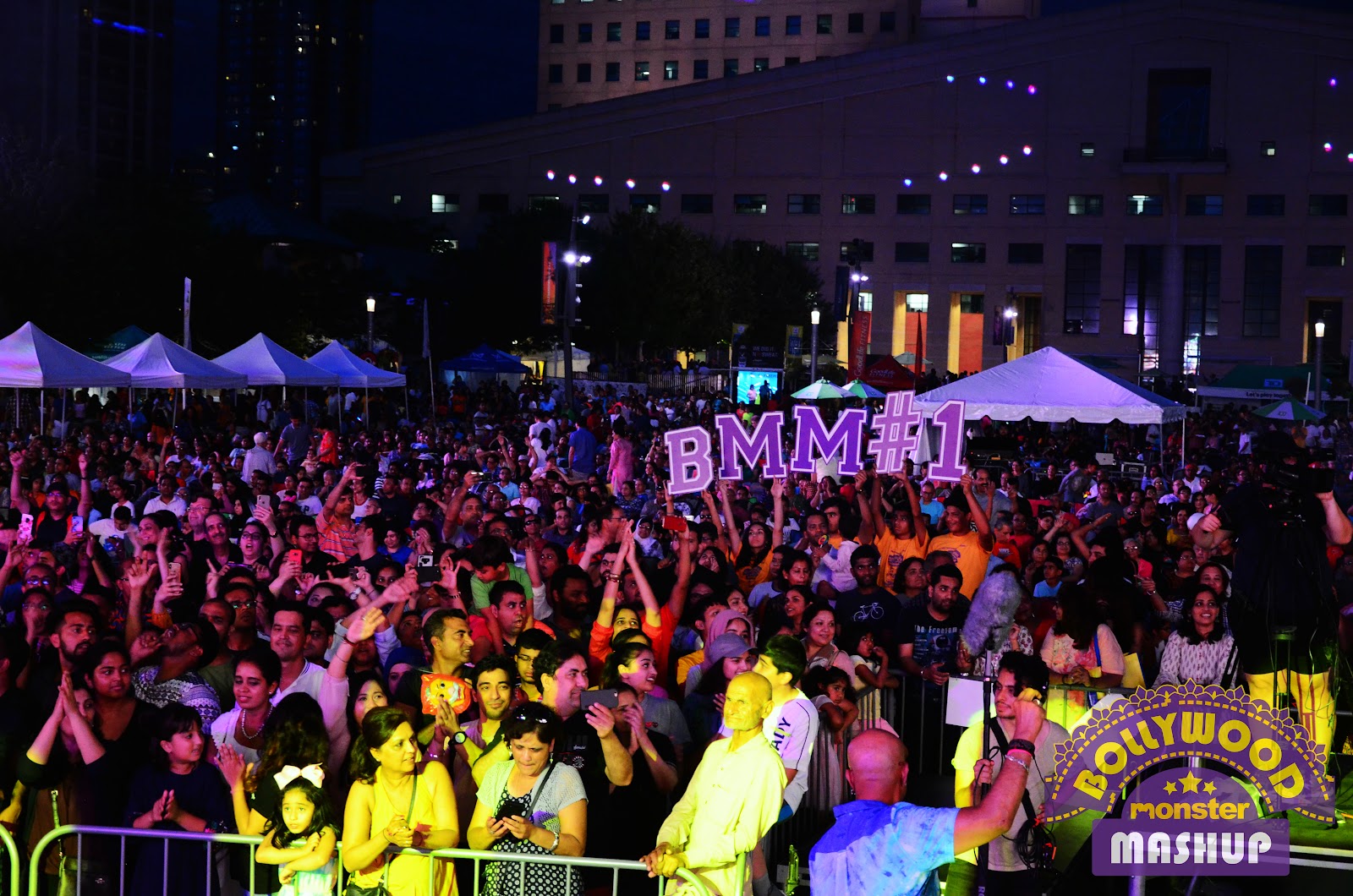 Fans at the #BollywoodMonster Mashup 2019

Here is a recap video of the festival – 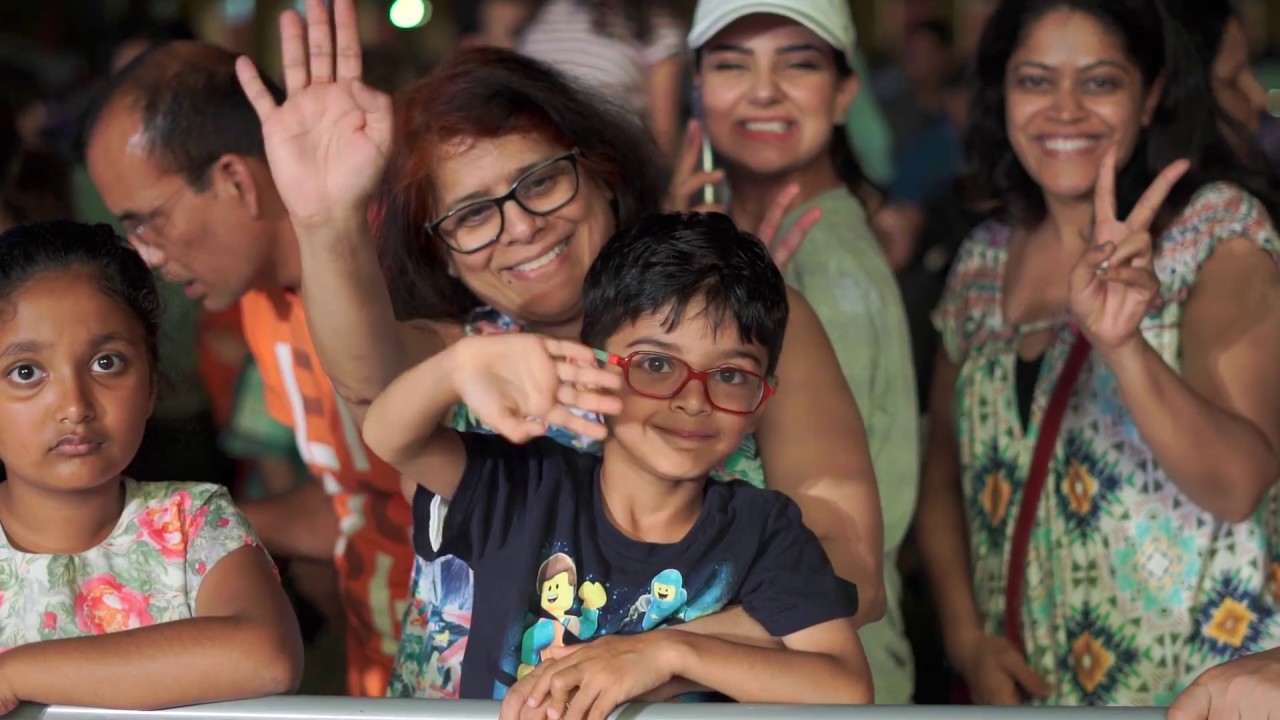 Born in 2011, MonstrARTity is a not-for-profit organization, based in Mississauga and committed to providing arts for the young and old alike. Ever-expanding our productions, MonstrARTity is the producer of #BollywoodMonster Mashup, which is the largest South Asian festival in Canada, chosen as the #1 festival at Celebration Square by City of Mississauga, and MARTY award-winner for the Festival of the Year. MonstrARTity’s projects have grown to include the #MonsterArts for Youth program, which brings professional artists into classrooms to teach kids free South Asian art workshops.

Award-winning film composer and music producer, Vikas Kohli is the Artistic Director of Monster Creative Collective and is known for his expertise fusing together genres as varied as punk, classical and Bollywood pop. He has received the Trailblazer Award from the ReelWorld Film Festival, Voice Achievers Award and a MARTY award. Kohli sits on the board for the Ontario Cultural Attractions Fund and the Mayor’s Diversity and Inclusion Advisory Committee for the City of Mississauga. He has juried for the Academy of Canadian Cinema & Television (Genies & Geminis), Ontario Arts Council and FACTOR. He has been profiled on ET Canada, CBC The National, The Globe & Mail, The Hindustan Times and Zee News. Born in Ottawa, Kohli attended fine arts school, received an Honours Degree in Mathematics & Philosophy from the University of Toronto, his MBA from the Schulich School of Business and his CFA.